The researchers continue to promote the project while making plans for data analysis. 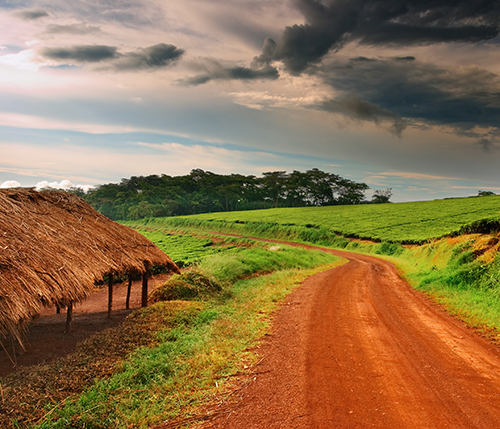 Through the Africa Rainfall Project, researchers at Delft University of Technology are creating high-resolution computer simulations of localized rainstorms in sub-Saharan Africa. Thanks to massive, crowdsourced computing power from World Community Grid, they can run simulations at a much higher resolution—exactly what's needed for localized rainstorms. This has never been done for rainstorms in this region.

This is important because 95% of agriculture in Africa depends on rainfall. The project uses data generated from World Community Grid, data from The Weather Company and other information to provide more accurate rainfall forecasts, which will help farmers more successfully raise crops.

Be sure to check out this update which was given to us by the research team in December. The update includes information about the principal investigator's latest presentation on the project, as well as their plans for the massive amounts of storage needed for the project data.

Camille Le Coz, a member of the research team, was recently accepted as a presenter at the EGU General Assembly 2021, a virtual conference for the European Geosciences Union. The conference is currently scheduled for late April.

World Community Grid is currently sending out generation 50. (A generation is a set of work--in this case, a set of computer simulations of rainfall in sub-Saharan Africa.)