Thanks to the incredible generosity of World Community Grid volunteers, the FightAIDS@Home project team has finished with an important stage of their project. The research team has refocused on analyzing their existing results and preparing for the end of this historic grid computing stage.

FightAIDS@Home has been running on World Community Grid in some form almost since the beginning of World Community Grid itself: our project launched in 2005. Thanks to the enormous and ongoing support of our worldwide community of volunteers, we have expanded the scope of our research and explored new targets and drug candidates that we simply could not imagine at the outset. It hardly seems sufficient to say thank you for donating over 330,000 years of processing time to support our research, but once again, from all of us to all of you: thank you. Clearly we could not do this research without you.

With your help, we have reached a new milestone: no new AutoDock (AD) or AD Vina docking experiments are currently being generated. Put another way: we’re done creating new work tasks. The AutoDock queue is now empty, and the AD Vina queue has more than a year's worth of jobs left. Most of our efforts have shifted towards analysis.

The analysis of the FightAIDS@Home data has several levels of difficulty due to the sheer amounts of data, which are comprised of several structures of any drug target as well as millions of small molecules, resulting in hundreds of millions of data points. We are attempting to use a couple of approaches to mine this data, one of which includes examining amino-acids involved in top-ranked dockings. Another approach is to investigate the atomic coordinates of important interactions (pharmacophore) between the protein and the small molecule that was docked. Figures 1 and 2 (below) illustrate a simple example of inhibitor TL3 (Figure 1) and the predictions of 1 experiment (Figure 2, ~5.5 million dockings on 1 protein structure). Of course, these evaluations must be done with a large set of known inhibitors and across myriad protein structures. Once these methods pass a high level of confidence, molecules will be bought and sent to collaborators to be tested. 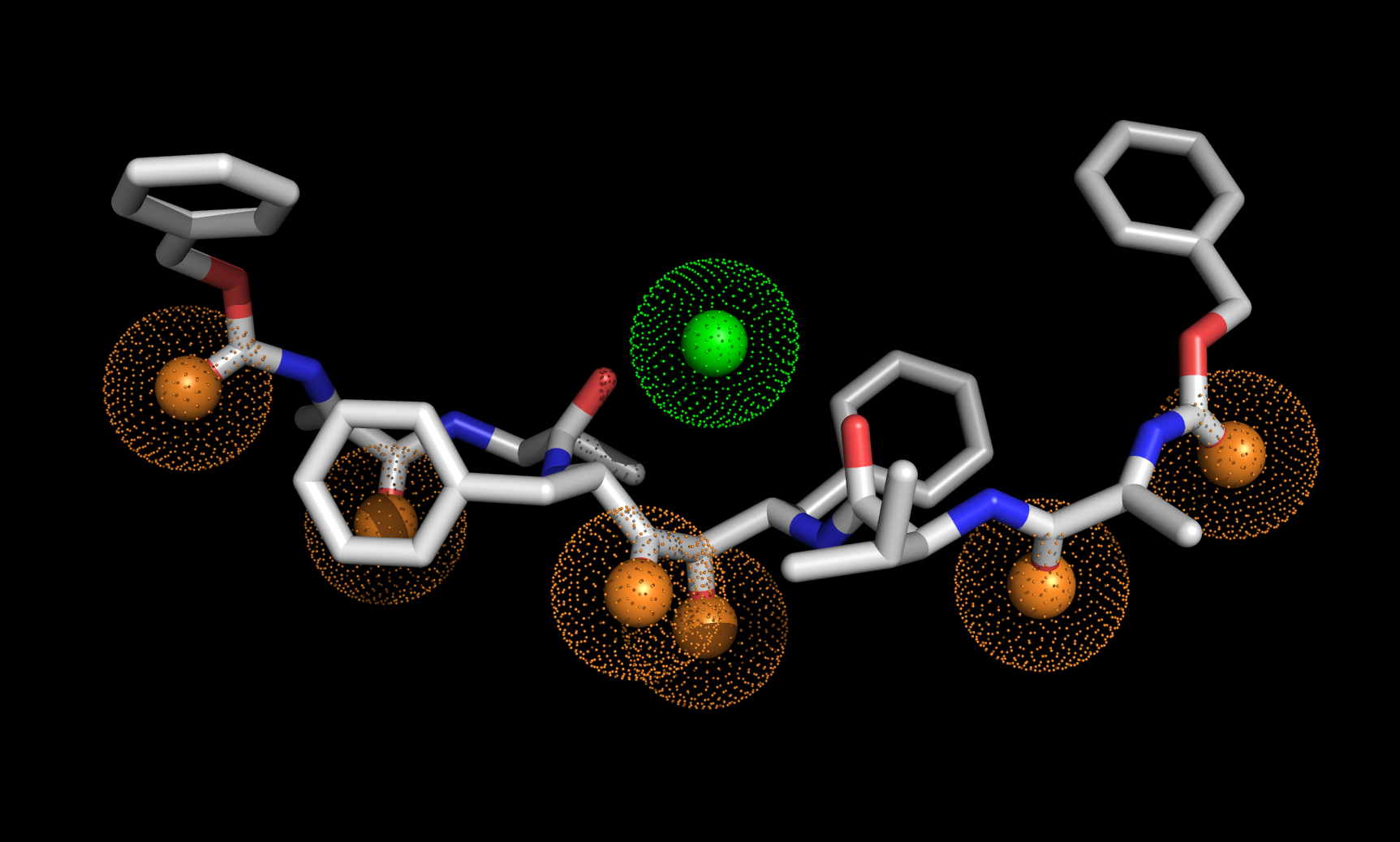 Figure 2. Same docked pose of TL3 in HIV-1 protease as Figure 1 with top percentage of interactions from 1 experiment (pink spheres) and several predictions (transparent surfaces) for important protein-ligand interactions. Note that the water molecule (green) and the 2 orange interactions below it are always predicted.