Prof. Nakagawara, lead researcher of the Help Fight Childhood Cancer project, updates us on the project's status after a remarkable year that included the publication of a breakthrough paper in 'Cancer Medicine'. World Community Grid results have revealed even more potential treatment mechanisms than the team previously thought, and paved the way for a second phase of the project. 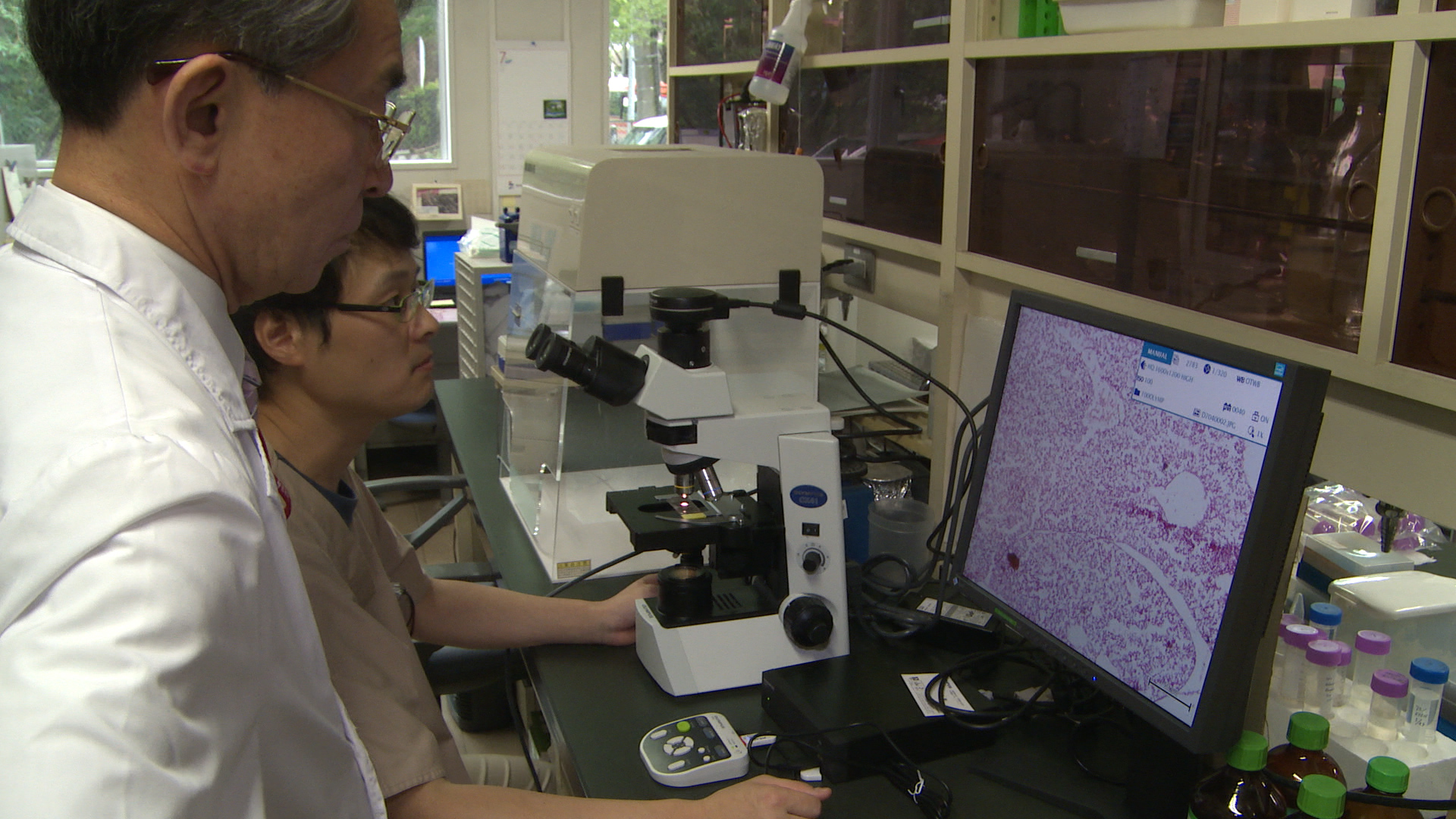 Last year saw many successes for the Help Fight Childhood Cancer (HFCC) project in particular and the effort to overcome neuroblastoma in general. HFCC was a joint effort by personnel at the Chiba Cancer Center Research Institute (which I led) and Chiba University, (led by Dr. Hoshino and Dr. Tamura). Its primary goal was to identify small chemical compounds which target the particular sites of the proteins important in regulating the tumor cell growth and aggressiveness. Then, if the compounds we identified had the ability to kill the neuroblastoma tumor cells both in vitro and in vivo, the second goal was to develop new drugs to treat the patients with aggressive neuroblastoma using the structural information of the chemical compounds we identified. Thanks to your help, we have made significant progress toward both of those goals. We greatly appreciate all of the World Community Grid volunteers for their enormous enthusiasm to help cure and support children with cancer.

Overview of our recent progress

As we reported last year, we had great success in identifying some promising anti-cancer compounds, and have published the first round of our results in the journal Cancer Medicine. However, these were only a subset of the promising results that we have found. So far, World Community Grid members have helped us identify anti-cancer potential in small chemical compounds that work in three different ways:

1.TrkB receptor antagonists:
These were the subject of our Cancer Medicine paper. We used your AutoDock computations to identify 7 chemicals from a library of 3 million chemical compounds. Those chemicals showed very low IC50 values (low values indicate a measurement of more effectiveness) killing neuroblastoma cells in vitro. We then selected the 2 chemicals with the lowest IC50 values, and found that they significantly suppressed the zenografted tumor growth in nude mice. Dr. Hoshino's group at Chiba University is currently generating new small chemical compounds based on the structure of the candidate compounds you helped us identify. These are chemical compounds with much lower IC50 value to kill the neuroblastoma cell, and are based on the structure of those identified by World Community Grid.

The primary short-term challenge for this aspect of our research is finding a pharmaceutical company that can collaborate with us in turning these promising compounds into a medication. This has been difficult because although neuroblastoma is terrible, in absolute terms it is still a very small market, and few companies are interested in devoting development resources to it.

2. TrkB receptor agonists:
As a byproduct of World Community Grid computations, we happened to find the agonists of TrkB which appear to function similarly to Brain-derived neurotrophic factor (BDNF), which is a physiological ligand of TrkB. This could provide another avenue of attack against neuroblastoma. The functional analysis of these results is going on now in my laboratory.

3. Antagonists inhibiting the binding sites of ALK receptor and ShcC adaptor protein:
We have previously found that both the ALK receptor and its adaptor protein ShcC are markers for aggressiveness in neuroblastoma. The ALK protein interacts with the ShcC protein at two binding sites. Therefore, we were looking to block those sites by identifying small chemical compounds which interrupt the binding sites. Calculations done on World Community Grid successfully identified several compounds for the two binding sites which kill neuroblastoma cells in vitro with low IC50 values. We are currently analyzing the molecular pathway by which those compounds kill the tumor cells.

For these compounds, we collaborated with Dr. Sakai's group at the National Cancer Center Research Institute in Tokyo. The student who was working on this project has left the lab, so we are now looking for the new researcher who is interested in this project.

The process of making this data public is currently ongoing - the TrkB antagonists were the subject of our paper in Cancer Medicine in 2014, and that raw data is publicly available. We are still working on the other data on TrkB agonists and ALK/ShcC antagonists. We presented our Phase 1 results at several conferences in Japan, as well as at the ANR (Advances in Neuroblastoma Research) meeting held in Germany in 2014. That raw data is not yet publicly available.

Phase 1 of HFCC targeted neuroblastoma, and we are now developing a Phase 2 that will target many more childhood cancers. This future work will include a new team from Hong Kong University led by Dr. Godfrey C.F. Chan, a pediatric oncologist. We hope to bring the next phase of this project to World Community Grid soon.

Once again, thank you to the whole World Community Grid team, and to all the volunteers, for making this research possible. With your help, we are much closer to finding effective treatments for a devastating childhood disease.