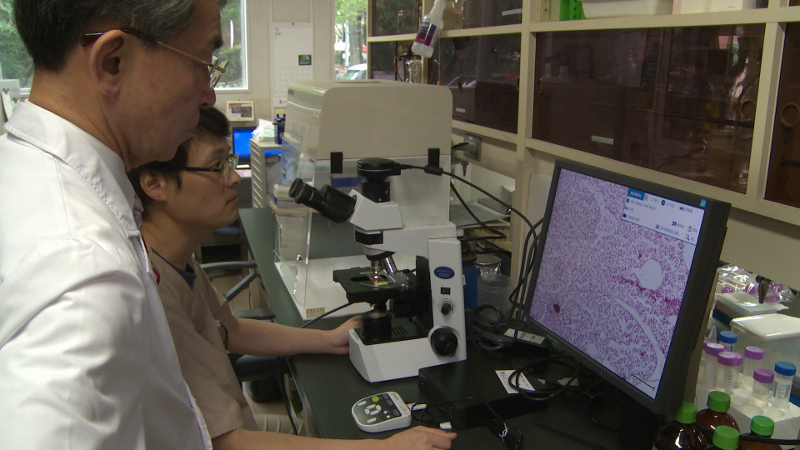 Last year, our Help Fight Childhood Cancer (HFCC) team announced a breakthrough discovery with the potential to improve treatments for neuroblastoma - one of the most common and deadly types of childhood cancer. We have begun preparing for a second phase of our project which will investigate possible treatments for other types of tumors that occur in children. There are several new developments in the project, each of which increases its scope, potential effectiveness and eventual benefit for some of the most vulnerable pediatric patients.

Phase 1 of HFCC was a joint effort by personnel at the Chiba Cancer Center Research Institute (which I formerly led) and Chiba University, (led by Dr. Hoshino and Dr. Tamura). Because of my new position, primary responsibility for the project is now shifting to the Saga Medical Center KOSEIKAN Research Institute (which I now lead). Phase 2 will also welcome several new collaborators, including teams from Hong Kong University (led by Dr. Godfrey C.F. Chan) and Texas Children’s Hospital (led by Dr. Ching C. Lau), both of whom are pediatric oncologists.

With the success of HFCC Phase 1 in identifying promising candidates for neuroblastoma, we are applying our proven research approach to considerably expand the scope of our work. In Phase 2, we will be examining a wider range of target childhood cancers, to include other cancers of the liver and bones. So our initial efforts in Phase 2 will target hepatoblastoma and Ewing’s sarcoma as well as neuroblastoma. Other cancers will be added later as specific protein targets are identified and their structures discovered.

Our move to Saga Medical Center KOSEIKAN means we also have access to the resources of the Saga International Heavy Charged Particle Cancer Therapy Foundation. This includes the use of heavy carbon ion beam radiotherapy, which could be indicated as one of the new radiotherapeutic strategies against childhood tumors like neuroblastoma. The combination of new drugs—like those discovered during HFCC Phase 1—and new radiotherapy shows great promise in helping children to conquer neuroblastoma in the future.

In a previous update, one of the problems we mentioned is that many pharmaceutical companies are not interested in developing drugs for neuroblastoma, because the potential market is relatively small. That’s why we are especially excited to announce that recently, two organizations that support drug development in Japan - the National Institute of Biomedical Innovation (NIBIO) and the Innovation Network Corporation of Japan (INCJ) - have shown interest in our project of TrkB antagonists as candidate anti-cancer drugs. In addition, the Association Hubert Gouin: Enfance & Cancer, which supports researchers who develop new drugs against high-risk neuroblastoma, is also interested in our TrkB antagonists project. We hope to secure their support for our project in the near future.

Once again, thank you to the thousands of volunteers who have made our work possible. We’re very excited to share these promising developments, and look forward to launching Phase 2 in the near future.